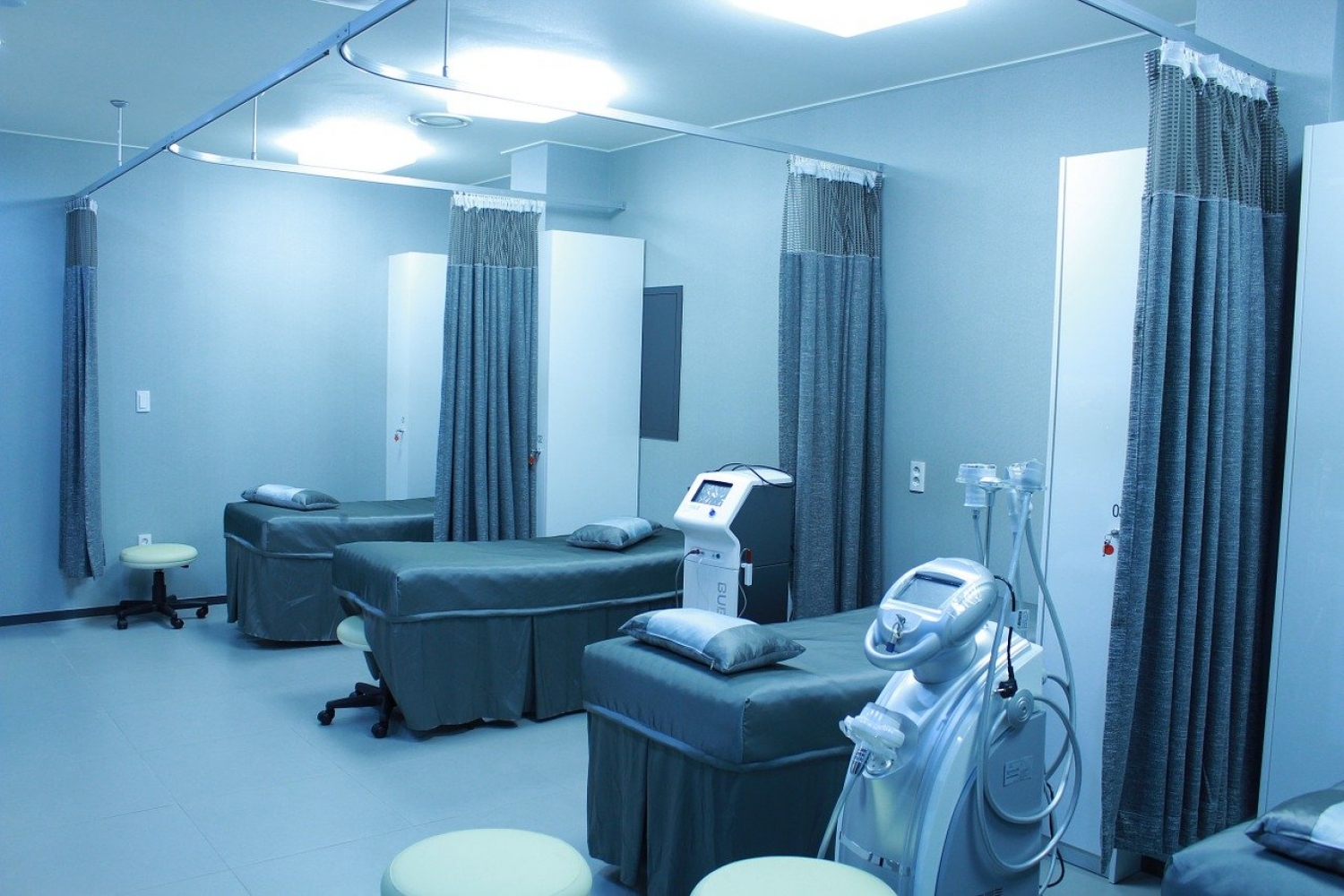 Strong growth is seen in the GCC healthcare sector, driven by a surge in medical devices, a growing branded generics market and increased investment in infrastructure and innovation.  This is the industry analysis from Mashreq, one of the leading financial institutions in the UAE, and the research firm Frost & Sullivan.

According to the report, GCC hospital revenues are predicted to grow by 5.8% in 2021.

The strength of rebound at 5.8% suggests that healthcare growth is on track to return to pre-Covid levels - between 2010 and 2020, the GCC region had the highest healthcare infrastructure investments with a major increase in the number of hospitals and beds. The number of hospitals almost doubled in most countries, and at least 80% of the hospitals and primary care clinics built in the GCC were driven by government initiatives and expansion plans.

Hospital revenues heavily impacted by a Covid-induced drop in outpatient visits and elective surgery volumes are forecast to bounce back strongly in Q1 and Q2 2021 in most GCC countries.

Karim Amer, SVP, Head of Healthcare and Education, Mashreq Bank, said: “The Mashreq- Frost & Sullivan report indicates that the GCC healthcare sector is on the cusp of a promising recovery, with clear evidence of growth in domestic drug manufacturing to bring down the portion of imported medicines, and the enormous scope for technological investment – particularly in AI, analytics, electronic health records and robotics. For investors and innovators within the healthcare ecosystem, the Gulf is unquestionably full of opportunity. Increasingly digital opportunities are driving new trends - for example, soaring demand for e-commerce services will most likely result in a doubling of e-commerce providers by 2030. This shift to digital health will only continue to emerge in prominence moving forward.”

According to the report, one of the challenges the GCC healthcare sector faces includes a dependency on imports of drugs and medical devices, which significantly hampered healthcare spending last year. In the US, for example, 70% of drugs in use are generics, while it is only 30% in the GCC. Additionally, healthcare digitization is still limited in the region, with most applications still at a pilot stage. Private sector expenditure has also been less than 12 - 30% across GCC countries, placing a significant burden on the public healthcare system.

Conversely, however, there remain many growth opportunities, with many of these issues already being addressed by regional Governments. According to the report, digital infrastructure will be high on the agenda of both the public and private sectors, and virtual care, remote patient monitoring, and artificial intelligence (AI) are likely to account for 30% of hospital investments from 2023 to 2030. Trends such as home healthcare will be the new focus area for logistics companies, while primary care clinics, e-clinics and micro-hospitals will represent new areas of investment focus over the next decade. Public-private partnership opportunities will also support growth across the GCC in the future – with 40% of private sector healthcare growth being driven by such partnerships.

Additionally, pharmaceutical manufacturing is expected to become an $8 billion to $10 billion market in the GCC in the next few years; and about 25% of multinational manufacturers have already initiated discussions with local companies to collaborate and develop drugs in the region. Notably, monoclonal antibodies and next-generation sequencing solutions are also emerging growth areas in the life sciences industry and are expected to create a $7-$10 billion market in the Mena region in the next two years.

Highlighting specific opportunities for growth within the GCC, Amer added: “While the UAE focuses on domestic pharmaceutical manufacturing and innovation, Saudi Arabia will spend big on nationwide infrastructure, and Bahrain will seek to attract large numbers of medical personnel to meet its growing demand for high-quality medical services. Like all GCC countries, Bahrain is very likely to see its medical devices market increase by 25% to 30% in 2021 as the number of elective surgical procedures increases.”

Whilst there is clear growth in the development of non-specialized healthcare infrastructure, market dynamics across the entire GCC region point towards a significant opportunity for investment in specialized surgeries, tertiary hospitals and highly specialized clinics to treat chronic ailments, cancer and primary healthcare facilities, in addition to growth in specialized outpatient facilities such as diabetes treatment clinics, wellness centers and aesthetic procedures - with diabetes proving to be a growing problem in the region.

The Frost & Sullivan / Mashreq report points towards growth in cancer cases linked to the steady aging of populations in the region. In Saudi Arabia, 70% of the population is over 40 years of age. Statistics show that in a country with at least 40% of the population older than 40, the risks of the onset of major chronic diseases are very high. It is estimated that new cases of common cancers are likely to increase to 150,000 by 2025 in Saudi Arabia, with 30,000 annual deaths by 2025. This points towards a very clear need for additional specialized oncology services provision. There are opportunities for investment in cancer treatment services in all GCC countries, and, notably, the UAE is likely to become the regional hub for robotic surgery and cancer therapies by 2030. Investments in modern cancer treatment technologies are projected to triple in the upcoming decade. Investments to strengthen long-term care, home care, and palliative care will be imperative for the successful management of the healthcare needs of the elderly by 2055, with a notable shortage of such facilities in Saudi Arabia and Oman.

There is also a growing demand for long-term care facilities for those with chronic conditions and for the elderly right across the GCC. In Oman, 80% of the elderly require support for daily activities, and 60% of the elderly suffer from chronic disease in the country. The number of older people living in all Gulf countries is expected to rise exponentially over the coming decades.

The UAE is expected to move towards greater self-reliance on domestically manufactured pharmaceuticals in 2021 and beyond. The nation imports products from about 72 countries, but ten countries account for 80% of the supply. There were around 18 UAE-based companies in 2017, with this number expected to increase to 30 by 2021.

Similarly, the number of international scientific offices is expected to grow from 30 in 2013 to 75 by 2021. The UAE is also the first country to develop an effective fast-track system for the registration of innovative drugs, allowing both UAE patients and those from neighboring countries seeking treatment to gain faster access to “innovator drugs” inside the UAE.

Healthcare is one of the main focus areas of the ambitious Saudi Vision 2030 and National Transformation Program 2020 (NTP), which seeks to improve healthcare services and facilities across the Kingdom of Saudi Arabia. With a population forecast to grow from 34.3 million in 2019 to 39.4 million in 2030 and 45 million by 2050, the kingdom plans to invest SR250 billion on healthcare infrastructure by 2030 and aims to increase private sector contributions from the current 40% to 65% by 2030.

The report forecasts that private healthcare expenditure will increase from 30% in 2019 to 65% in 2030. An estimated 40 to 50% of this investment is likely to be on infrastructure until 2025 and on digital solutions and medical consumables and implants beyond 2025. Saudi Arabia is also poised to become a regional hub for medical consumables by 2023.

Bahrain is investing heavily in the digital transformation of healthcare services and delivery – with its nationwide drive towards healthcare digitalisation likely to reach its peak within the next two to three years, attracting investments of around $0.5 - $0.6 billion by 2025. Robotic surgery offers investors untapped growth potential and is forecast to become a $0.3 billion market by 2025.

Additionally, the medical devices, medical imaging, IVD, and digital health market in Bahrain was worth an estimated $0.8 billion in 2019 and is currently growing at an annual growth rate of less than 6%. Value-added products, rather than domestic manufacturing, will create growth opportunities over the next five years and, as the government focuses on elder care, the adoption of related home care products and solutions is likely to increase by 2025.

The Mashreq-Frost & Sullivan report forecasts that Kuwait Vision 2035 is likely to boost investments in infrastructure development and upgrades. The public health system has huge opportunities in generics, which are forecast to account for 60% of pharmaceutical market revenues, with domestic manufacturers capturing 20% of that revenue. Domestic manufacturing of pharmaceuticals is also likely to gain momentum, increasing its contribution from current levels of 15% to 35% of the market by 2030.

Medical tourism is expected to gain prominence in Qatar and be a focal point for the government’s strategy to diversify the economy away from oil. The Mashreq-Frost & Sullivan report forecasts that the private sector will play a bigger role in healthcare infrastructure and delivery in the future in Qatar, assuming a growing portion of the country’s healthcare burden in the process. The establishment of new facilities is set to continue with several new hospitals and clinics under construction to meet the growing demand for specialized services. This is in line with the Ministry of Public Health’s determined long-term target of reaching 5,700 hospital beds by 2033.