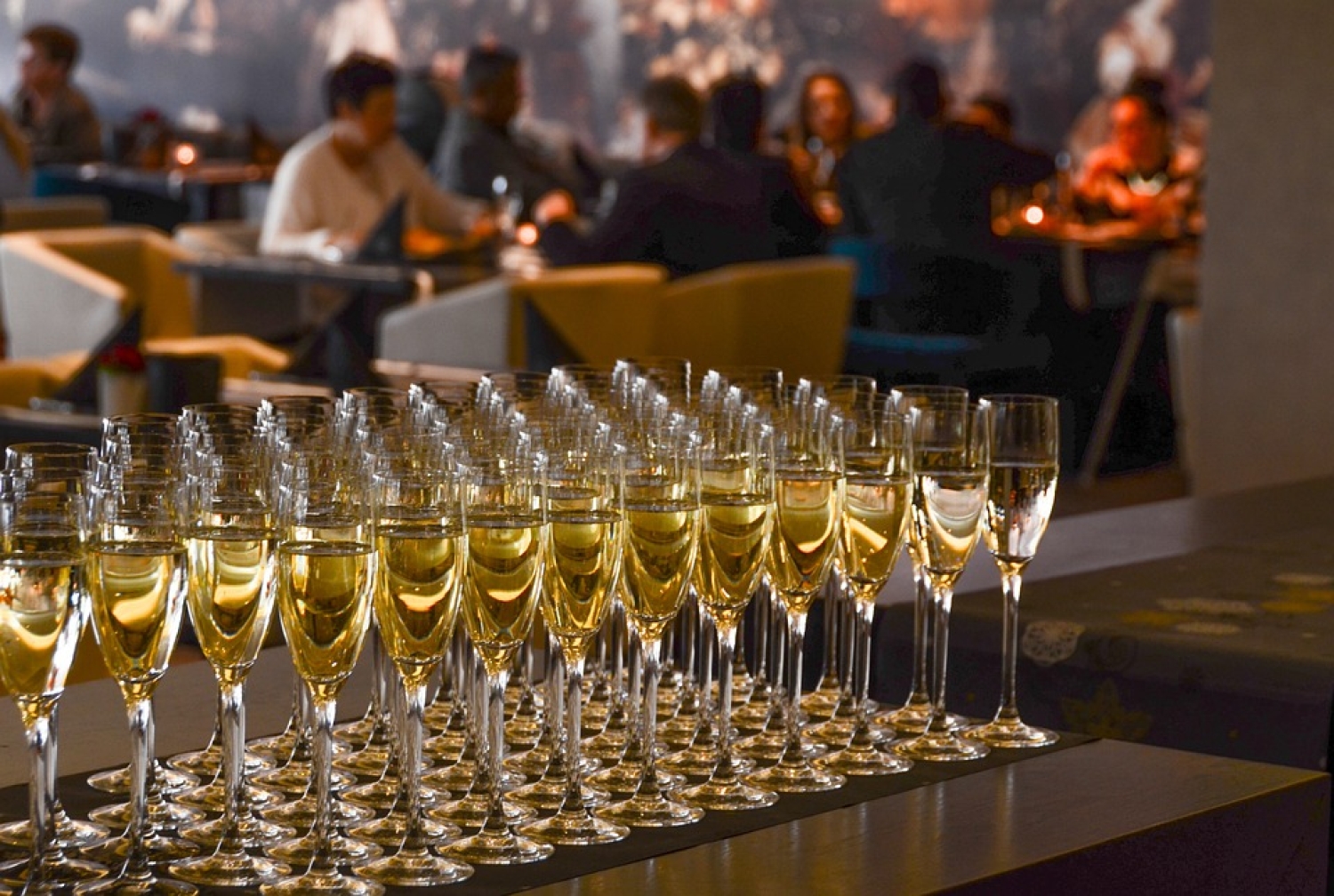 The kingdom’s futuristic new megadevelopment is planning to serve alcohol at a tony beach resort, according to planning documents

RIYADH, Saudi Arabia—Saudi Arabia’s futuristic megaproject Neom is planning to serve wine, cocktails and champagne at a beach resort that is scheduled to open next year, according to planning documents and people close to the development, in what would be a first for a conservative kingdom where alcohol is banned.

The sale of alcohol, if allowed, would mark a risky milestone for Crown Prince Mohammed bin Salman’s economic and cultural makeover of his country, which is aimed in part at attracting foreign tourists and encouraging expatriate businesspeople to live and work there.

As home to Islam’s holiest sites in Mecca and Medina, Saudi Arabia portrays itself as an example of Muslim morality, and allowing alcohol—which many Muslims believe is forbidden by the Quran—could lead to a backlash among more pious Saudis and the wider Muslim world. However, expats say in polls that access to alcohol would be important to their quality of life in Neom, a sprawling set of developments on land the size of Massachusetts that is billed as the kingdom’s future.

Set on a Red Sea island called Sindalah, the Neom resort expects to offer a premium wine bar, a separate cocktail bar and a bar for “champagne and desserts,” according to planning documents dated January that were viewed by The Wall Street Journal, as well as people close to the development of Neom.

The plans also call for a retail wine shop with a “striking vertical wall display.”

Pictures in a master plan for Sindalah, dated June, show a bartender pouring cocktails in front of bottles of what appear to be premium brands of vodka, whiskey and wine, and guests sitting around a chilled bottle of champagne and cakes. Other pictures show women in bikinis and bare-chested men, rarely seen in Saudi Arabia, lounging on yachts and bathing in infinity pools, in another nod to how Neom’s projects could challenge the kingdom’s cultural mores.

Sindalah “will ignite the Red Sea as a new destination for superyachts and attract some of the world’s most affluent and influential people,” the planning document said.

While zero-alcohol wines, beers and cocktails are becoming popular in Saudi Arabia, the people close to Neom said the project plans for actual booze, even if the word alcohol isn’t mentioned in planning documents.

The offshore location of Sindalah could provide cover as alcohol wouldn’t be served on the mainland Arabian peninsula. The sale, possession and consumption of alcohol is banned in Saudi Arabia, punishable by jail, fines and possible flogging.

In recent years, Prince Mohammed, the kingdom’s de facto ruler, has loosened strict morality laws, allowing sexes to mix freely, permitting women to drive and reopening cinemas, part of a push to open the country to international money and visitors. Neom is expected to have its own laws separate from the broader kingdom but subordinate to the monarch, King Salman, the crown prince’s father.

Representatives of Neom and the Saudi government didn’t respond to requests for comment.

Saudi officials in recent months have offered different messages about the sale of alcohol, and the government could ultimately decide against allowing drinking anywhere in the kingdom, including at Neom.

In an interview published in May in the National newspaper of Abu Dhabi, Neom tourism head Andrew McEvoy said the project’s laws would match “the ambitions of those we are trying to attract to work and live here” and that “alcohol is definitely not off the table.”

In a subsequent statement, the Saudi government denied parts of Mr. McEvoy’s comments, saying Neom would be subject to the sovereignty of Saudi Arabia but have special economic laws. Mr. McEvoy has since left Neom, according to his LinkedIn profile. He didn’t respond to a message seeking comment.

“The short answer is we are going to continue with our current laws,” Princess Haifa bint Mohammed al-Saud, the kingdom’s assistant minister of tourism, told a panel discussion at the World Economic Forum in May in response to a question about the sale of alcohol.

She added: “We have been outperforming globally when it comes to tourism with what we currently have to offer today.”

The discussion around legalizing alcohol, at least partially for Neom, comes as Prince Mohammed emerges from years of diplomatic isolation over the killing of journalist Jamal Khashoggi and as buoyant oil prices give the kingdom more cash and freedom to implement changes.

Neom is just one part of a bigger $1 trillion tourism strategy that Saudi Arabia is implementing in an effort to make the country one of the most visited globally. It was conceived by Prince Mohammed to prevent Saudi spending from leaking to more tourist-friendly countries and to create new industrial sectors that diversify the economy away from oil, according to previous planning documents viewed by The Wall Street Journal.

Other elements of Neom include the project’s most ambitious development, a 1,600-foot-tall structure called the Line that is roughly 75 miles long, The Wall Street Journal reported in July. Neom also plans to create an industrial city shaped like an octagon, called the Oxagon with half floating on the Red Sea, as well as a 30-story winter resort built into the side of a mountain.

A rendering from Neom shows part of the plan for the Line.

Pages of the Oxagon master plan, viewed by The Wall Street Journal, show how engineers intend to carve the port out of land, and they detail architectural plans on the location including residences, a school, a sports pitch and clinic.

But such projects are years away from completion, or decades in the case of the Line. Sindalah is projected to open in 2023 and is among the projects closest to completion at Neom.

Satellite imagery shows construction activity at Sindalah island, which will be located only a few miles across the Red Sea from Egypt’s Sharm El Sheikh tourism resort, where alcohol is served. Sindalah also will include a marina and golf course.

Will allowing alcohol at Neom have a broader impact on Saudi Arabia beyond its tourism industry? Join the conversation below.

Countries in the Persian Gulf have differing policies on alcohol. The United Arab Emirates, and its commercial hub Dubai, have allowed freer access to booze. Like Saudi Arabia, Kuwait bans alcohol, and Qatar and Oman permit it only in hotels.

Prince Mohammed first announced his vision for Neom at a conference in 2017, and a year later, strategy planning documents for Neom produced by consultants explored the benefits of allowing the sale of alcohol.

In a consumer survey organized by Boston Consulting Group, 97% of white-collar expatriate respondents from Singapore and Hong Kong and 95% from the U.S., U.K. and France considered access to alcohol as an important incentive to move to Neom, the documents, dated September 2018, show. Boston Consulting Group didn’t respond to requests for comment.

In another questionnaire, Neom discussed incentives with international hotel groups.

“Having an alcohol license is essential for the success of the hotel,” one anonymous comment said.