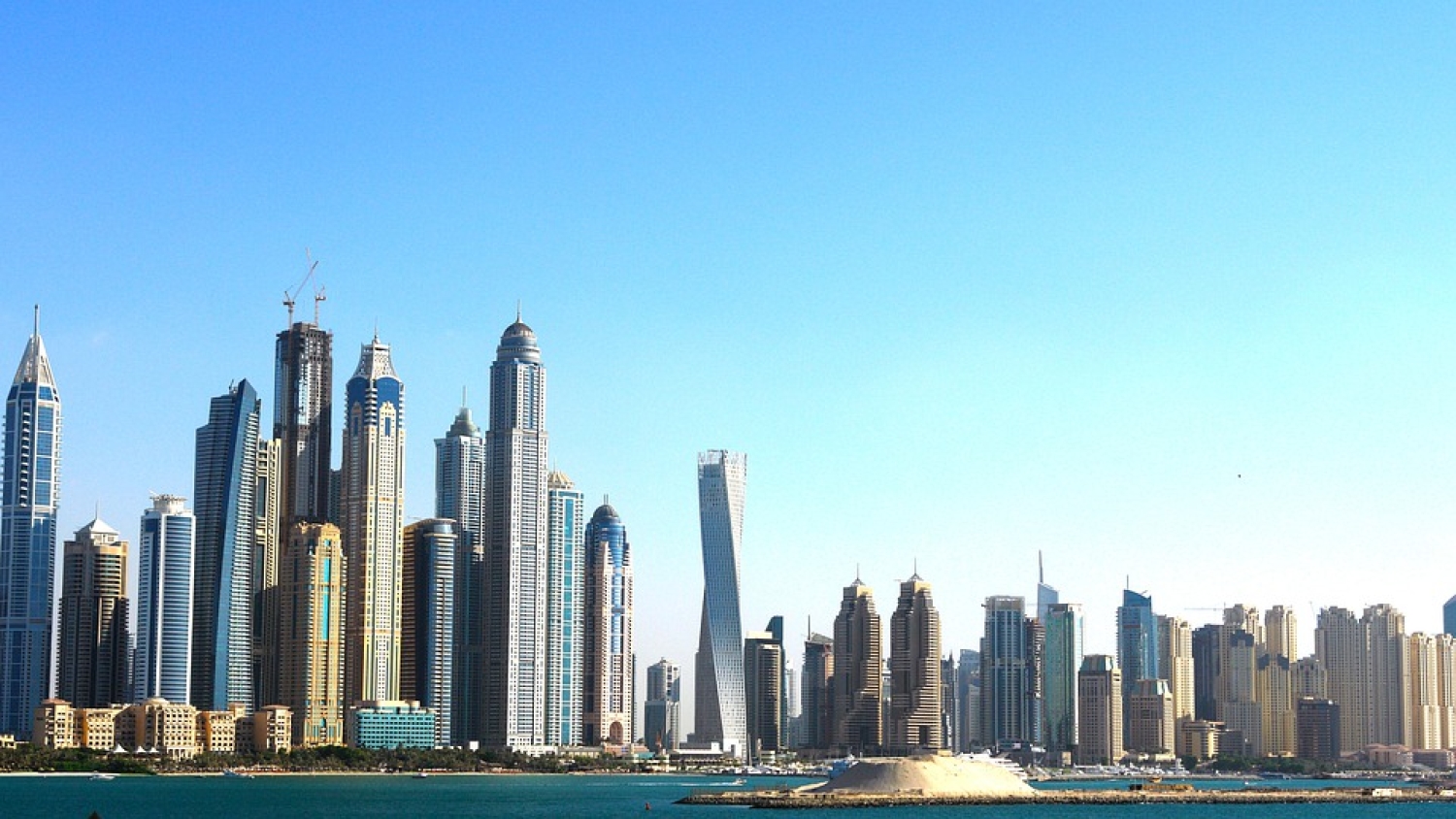 How UAE’s construction sector is back to business

A report by real estate investment and advisory firm JLL states that “the UAE construction projects’ market rebounded during 2021, with the residential sector being the highest performer within construction asset awards.” With the trend expected to continue through 2022, the market is witnessing several successful residential project launches.

The work-from-home concept rung in by the Covid-19 pandemic is proving to be profitable for the construction sector. Home buyers are now demanding spacious and luxurious living spaces in all-inclusive communities featuring a range of leisure facilities such as parks, gyms, and swimming pools as well as commercial outlets such as restaurants, schools, and retail outlets. The sentiment has been further bolstered by the UAE government’s new visa legislation that allows property investors to get a Golden Visa when they buy a property worth Dhs2m.

Prominent property developers across the UAE are cashing in on the trend, announcing a slew of high-end mixed-use projects. Nakheel’s master plan for its Dubai Islands (formerly known as Deira Islands) development includes a diverse mix of residential, retail, and hospitality offerings. In addition to 20km of beaches and two square kilometres of parks, open spaces, and golf courses, the Islands will be peppered with nearly 80 luxury and wellness resorts and boutique hotels, enhancing Dubai’s holiday appeal. Earlier this year, the Dubai-based master developer also launched Tilal Al Furjan, a collection of 220 luxury villas that overlook its flagship Al Furjan master community. Nakheel also began work on its Murooj Al Furjan development that sold out last year. Due for completion in 2024, Murooj’s 620 villas and townhouses will be built by Al Shafar General Contracting.

Emaar Development, the build-to-sell property arm of Dubai-based Emaar Properties, delivered over 3,000 residential units in the first half of this year. During the same time, it launched over a dozen projects including Talia and Orania in The Valley, Elie Saab II and Bliss 2 in Arabian Ranches III, Greenview 3 in Emaar South, Park Field in Dubai Hills Estate and Seagate in Rashid Yachts & Marina. The Talia and Orania projects alone will add 638 luxury homes to Dubai’s real estate scene upon completion in 2025. Underpinned by these new launches, Emaar Development announced its highest ever property sales of Dhs15.21bn during H1 2022. In August this year, the developer fully acquired Dubai Creek Harbour from Dubai Holding, the emirate’s eponymously named property developer. With this Dhs7.5bn acquisition, Emaar Properties added 100 million square feet of land to its future development portfolio.

Last year, Dubai’s Deyaar appointed Gulf Asia Contracting as the main contractor on its Regalia project. To be built at a cost of Dhs750m, this will be the tallest-ever residential project by the developer. Launched in July 2021, over 85 per cent of the units were sold by September, raking in Dhs900m. The project is expected to be completed by 2024. In June this year, the developer also announced Dubai Silicon Oasis’ first luxury residential tower, Tria, which will feature studios, one-, two- and three-bedroom apartments, duplexes, and penthouses over one million square feet of built-up area.Apart from driving a spurt in construction, the demand or premium residences is boosting the real estate market as well in Dubai. The emirate ranked fourth in the Savills Prime Residential Index: World Cities in August 2022. The only non-US city to make it to the top five, Dubai recorded strong performance on prime residential capital values as well as rents. Prime prices grew by 4.7 per cent during the first half of the year and the city is expected to witness strong capital growth continue for the remainder of 2022.

“The demand for real estate in Dubai has not slowed down over the course of the last six quarters. Initiatives like the Golden Visa have increased Dubai’s appeal as a long-term home for expats and global investors, spurring demand in the property market. As per the data from the Dubai Land Department, there have been over 66,000 transactions in the last year alone; a 50 per cent increase compared to the same period a year before. To keep up with this growing demand and taking into account the unique preferences of end users, there is a real need to create a regular supply of new inventory in the market. The volume of off-plan transactions has also grown impressively, increasing by over 70 per cent in the last 12 months, suggesting that there is a steady interest in new projects,” explains Haider Ali Khan, CEO of Bayut and dubizzle and head of EMPG MENA.

Stoked by Covid-19 lockdowns, high returns on investments, and limited supply, Abu Dhabi is witnessing a strong demand for larger, luxurious villas too. In response, the capital’s leading developers are launching several high-end residential developments. In June 2022, Q Properties (a subsidiary of Abu Dhabi’s Q Holding) appointed ATGC Transport and General Contracting to carry out the early works construction on the first phase of its Dhs8bn Reem Hills luxury residential gated community development. Anchored on the eastern face of Reem Island, the 1.8 million square metres project is being managed by Abu Dhabi-based Royal Development Company and is due for completion in 2024.

Later this year, the emirate’s Aldar Properties will begin construction on Saadiyat Grove, a Dhs10bn mega mixed-use project on Saadiyat Island. Sprawling across 6.2 million square metres of prime land, the integrated community will include nearly 3,000 residential units, most of which are villas. Another development rising on the Grove is the Louvre Abu Dhabi Residences, a collection of 400 luxury apartments that yield views of the famed Louvre Abu Dhabi as well
as the Arabian Gulf. The property is expected to be handed over in 2025.

The Ain Al Maha village, a new waterfront community, is rising on Jubail Island next door to Saadiyat Island. Launched by the Jubail Island Investment Company (JIIC) in July this year, it features 240 sea- and mangrove-facing villas and is expected to be completed in 2025. Before this, JIIC awarded a Dhs40m contract to Al Dhafra Pipeline and Contracting Company for a new 66-berth marina in the Marfa Al Jubail community which is due for completion by mid-2024. JIIC plans to unveil the district within Marfa Al Jubail in October.

Another 257 villas will be up for grabs when Bloom Living opens its doors in Zayed City at the end of 2024. The project’s Phase 1 sold out within four hours of its market launch, and its Abu Dhabi-based developer, Bloom Holdings, is hoping to replicate the same success when Phase 2 goes live later this year. Altogether the Dhs9bn Bloom Living project will feature 4,000 villas, townhouses, and apartments across 2.2 million square metres.

Moving north, Sharjah Sustainable City has now started to welcome its first residents. Two hundred and eighty villas will be delivered in the first phase of the project which is slated to have a total of 1,250 villas, recreational areas, and green spaces spread over 7.2 million square feet of land upon completion. Recently, Sharjah-based property developer Alef announced its Dhs3.5bn Hayyan project that will span 8.7 million square feet and will include 1,836 smart villas and the largest swimmable blue water lagoon and largest community park in the emirate. Sharjah’s Arada also unveiled Phase Three of its Dhs8bn Masaar project under which 565 villas and townhouses will rise in the emirate’s Suyoh district. Masaar’s master plan includes 4,000 homes divided into eight gated communities spanning 19 million square feet. During H1 2022, Arada awarded contracts worth Dhs460m for Masaar’s Phase One. It also sold 980 homes valued at Dhs709m at Aljada, its other megaproject in Sharjah. Aljada will be Sharjah’s largest mixed-use community to be built at a cost of Dhs24bn.

UAE’s smallest emirate, Ajman is capitalising on the demand for luxury housing too. Recently, Al Zorah Development Company (a joint venture between the Government of Ajman and Solidere International) launched its beachfront SeaSide Hills residential project that will feature luxury apartments and villas with private beach access.

Among the Northern Emirates, Ras Al Khaimah boasts one of the most active construction pipelines. In July, the emirate’s Al Hamra rolled out the second phase of its Dhs1bn idyllic residential community, Falcon Island, which will offer 127 luxurious townhouses and villas with prices starting from Dhs1.2m. Phase one of the project was launched in March when over five hundred villas were released and all of which were sold out within one week. Construction is set to begin later this year and will be completed over a period of 24 to 28 months. Ras Al Khaimah’s six million square feet Hayat Island is also undergoing a major transformation with its homegrown RAK Properties’ Gateway Residences 2 and Bay Residence – Central 1 projects rising there.

Al Hamra’s group CEO, Benoy Kurien, attributes the increased investor interest in Ras Al Khaimah to booming tourism, affordable infrastructure, and attractive returns on investment. He also points to the long-term residency visa package Al Hamra is offering in partnership with Ras Al Khaimah Economic Zone (RAKEZ) which gives investors the opportunity of securing a 12-year residence visa and business licence. “This was a game-changer as investors from across the world bought into our residences at Al Hamra Village and Bab Al Bahr. Given these attractive initiatives, our residential communities are now home to more than 100 nationalities,” he says.

Driven by the UAE Vision Programmes, UAE 2022 federal budget, recovery of oil prices, and improving investor confidence there is undeniable positive market sentiment in the construction sector. The sector is expected to reach a value of $133.53bn by 2027 according to the UAE Construction Market (2022 – 2027) report. The UAE government’s infrastructure projects, comprising housing, tourism, and transport networks, will also make a significant contribution to the sector. Given the pipeline of upcoming projects, it is evident that design-and-build opportunities are in plenty for the next few years.